To share your memory on the wall of Warren Scott, sign in using one of the following options:

To send flowers to the family or plant a tree in memory of Warren Scott, please visit our Heartfelt Sympathies Store.

We encourage you to share your most beloved memories of Warren here, so that the family and other loved ones can always see it. You can upload cherished photographs, or share your favorite stories, and can even comment on those shared by others.

Lizy Paul sent flowers to the family of Warren Scott.
Show you care by sending flowers

Posted Apr 06, 2019 at 08:10am
May his memories and the love of family and friends, surround you and give you strength. My thoughts and Prayers.

Posted Apr 04, 2019 at 07:43pm
My sincerest condolences to the Scott Family,
Warren was one of the very first people I met when I moved to Stratford in Dec. of 91. I needed a plumber & Warren was highly recommended and he never failed me when he was needed. Warren was such a polite, honest and caring man.
Heaven got a precious Angel.
Sincerely
Marlene M. Bringolf
Comment Share
Share via: 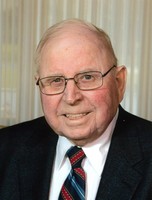