To share your memory on the wall of Steve Kehoe, sign in using one of the following options:

To send flowers to the family or plant a tree in memory of Steve Kehoe, please visit our Heartfelt Sympathies Store.

Receive notifications about information and event scheduling for Steve

There are no events scheduled. You can still show your support by sending flowers directly to the family, or planting a memorial tree in memory of Steve Kehoe.
Visit the Heartfelt Sympathies Store

We encourage you to share your most beloved memories of Steve here, so that the family and other loved ones can always see it. You can upload cherished photographs, or share your favorite stories, and can even comment on those shared by others.

Posted Jun 18, 2020 at 08:23pm
Please accept our most heartfelt sympathies for your loss... Our thoughts are with you and your family during this difficult time. Im gonna miss you.

3 trees were planted in the memory of Steve Kehoe

Alys and family, I'm so sorry to hear of Steve's passing. I remember Steve most from WCHS concert and marching bands. I hope his passing was peaceful. My heartfelt sympathy to you and your children and grandchildren. He will be missed.
LB

Posted Jul 07, 2020 at 09:52pm
One of my favorite mayors! "I'm just a shoe cobbler's kid," Mayor Steve told me once, although the context escapes me. When everyone in Webster City bought their shoes at Halvorson's and Westervelt's, they eventually got them fixed at Kehoe's. It was a good business, that never made millions, but raised a good family — and that's the best compensation of all. Truly, it was recycling before recycling was the thing to do. As a councilman and mayor, Steve Kehoe wanted the same kind of community for his generation, and the generations to come. Along with Gus Demand, Dean Bowden, Bud Wood and Dave Petron, they brought energy and purpose to the council. When there were disagreements, as life is bound to bring, they never held a grudge and just kept working together. Steve made being a newspaper editor fun. Rest in peace, my friend. Lori (Nilles) Berglund
Comment Share
Share via: 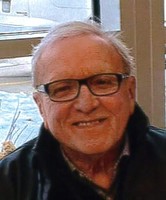