To share your memory on the wall of Robert Frederick, sign in using one of the following options:

To send flowers to the family or plant a tree in memory of Robert Frederick, please visit our Heartfelt Sympathies Store.

Receive notifications about information and event scheduling for Robert

We encourage you to share your most beloved memories of Robert here, so that the family and other loved ones can always see it. You can upload cherished photographs, or share your favorite stories, and can even comment on those shared by others.

Karen Kiester sent flowers to the family of Robert Frederick.
Show you care by sending flowers

Posted Jul 14, 2019 at 07:04pm
With Sympathy. Mike and Deb Gavin Erin and Nick Johnson and family Melissa and Dan Trower and family

Flowers were purchased for the family of Robert Frederick. Send Flowers

Posted Jul 13, 2019 at 08:31pm
Jackie and Pam and Family,
So sorry for your loss. We will not be able to come for his funeral. John has surgery on Monday, his third carpal tunnel surgery. Know that we have you in our thoughts and prayers at this difficult time.

Posted Jul 13, 2019 at 06:58pm
Bob was such a sweetheart and will be greatly missed by family and friends. We will miss going out to our favorite Mexican restaurant when we came up to Webster City. Jackie, we know that he enjoyed his trips about town with you. He is now at peace with his dear wife of 69 years. Rest in peace Bob, Dennis and Cris
Comment Share
Share via:
KK

Posted Jul 13, 2019 at 01:43pm
Mike and Laura Anderson and family, Jeri Lynn and Al Hill and family, Mark and Karen Kiester and family - All our love 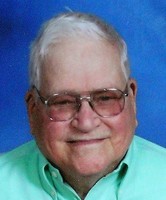