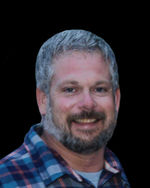 Randy Carden, 40, of Duncombe died Wednesday, December 25, 2019. A Celebration of Life will be held at 5:00 p.m. Thursday, January 2, 2020 at Asbury United Methodist Church with Pastor Jeff Flagg officiating. Visitation will be prior to the service from 3:00 p.m. until 5:00 p.m. at the church. Foster Funeral & Cremation Center is entrusted with the services.
Randall Parry Carden, son of Dean and Vicki Picht Carden, was born December 19, 1979 in Ames. He graduated from Webster City High School in 1998 and Iowa Lakes College with an associate degree in Agriculture. After college, Randy returned to Duncombe to farm with his Dad. He was united in marriage on November 20, 2004, to Michelle Ross. To this union two children were born. The couple later divorced.
He is survived by his children, Cam and Josslyn Carden and their mother, Michelle of Webster City; father, Dean Carden of Duncombe; sister, Lori (Jamie) Kolbeck of Webster City; nephews; Casey and Cody Kolbeck of Webster City; aunts, Diane (Denny) Richardson of Webster City and Jane Powell of Hot Springs Valley, AR; uncle, Ron (Jane) Picht of Rockford, IL; great-uncle, Bob (Sondra) Carden of Webster City; his faithful fur companion, Kash and many extended family.
Randy is preceded in death by his mother, Vicki; infant siblings, Carrie and Richie Carden; grandparents, Bert and Shirley Picht, Richard and Betty Carden; and aunt, Debbie Carden Crider.
Randy enjoyed vacations and weekends at Clear Lake, loved being the life of the party and being around family. He was an avid outdoorsman and a collector of many things.
In lieu of flowers, memorials may be made to his children’s college fund - Edward D. Jones for the benefit of Camden or Josslyn Carden.