To share your memory on the wall of Pat Noller, sign in using one of the following options:

To plant a memorial tree in honor of Pat Noller, please visit our Heartfelt Sympathies Store.

Receive notifications about information and event scheduling for Pat

There are no events scheduled. You can still show your support by sending flowers directly to the family, or planting a memorial tree in memory of Pat Noller.
Plant a Tree

We encourage you to share your most beloved memories of Pat here, so that the family and other loved ones can always see it. You can upload cherished photographs, or share your favorite stories, and can even comment on those shared by others.

Posted Aug 29, 2019 at 10:15am
Dear Cheryl, Lynne, Kathy, and Mary,
I'm sorry to hear about the loss of your mother. When I think of her, I think of her and my mother sitting for many mornings at "coffee" on Woolsey Avenue, while we all played outside. And, who could ever forget the wonderful "parades" we had with our bikes and wagons and all the mom's so proud ! Sincerely, Roger and Tina Johnson
Comment Share
Share via:
TD

Thomas Downard purchased flowers for the family of Pat Noller.

Posted Aug 28, 2019 at 10:16am
Your MetLife family is thinking of you and your family in this time of mourning.

MetLife purchased flowers for the family of Pat Noller.

Posted Aug 28, 2019 at 09:23am
With heartfelt condolences, on the loss of your mother. Dan and Dawn Henderson

Dawn Henderson purchased flowers for the family of Pat Noller.

Lucas and Natalie Winder purchased flowers for the family of Pat Noller. 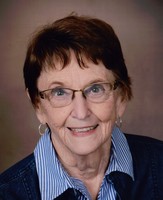