To share your memory on the wall of Pamela Gearhart, sign in using one of the following options:

To send flowers to the family or plant a tree in memory of Pamela Gearhart, please visit our Heartfelt Sympathies Store.

Receive notifications about information and event scheduling for Pamela

There are no events scheduled. You can still show your support by sending flowers directly to the family, or planting a memorial tree in memory of Pamela Gearhart.
Visit the Heartfelt Sympathies Store

We encourage you to share your most beloved memories of Pamela here, so that the family and other loved ones can always see it. You can upload cherished photographs, or share your favorite stories, and can even comment on those shared by others.

Posted Sep 22, 2020 at 08:06pm
Pam was a very special person who filled my father's life with joy and happiness. His life will never be the same without her in it. She was always loving & caring when it came to Family. She will be remembered always and missed greatly. RIP Pam :'( We Love You From Florida Tod & Lisa Rachu xoxox
Comment Share
Share via:
PC

Posted Sep 19, 2020 at 04:14pm
My husband and I were employed at Electrolux in Webster City, and that's where we became acquainted with Pam. She was smart, quick witted and so very nice. Pam could tell you everyone's clock numbers and names without batting an eye. Such a super lady. Always a grin and smile. RIP Pam😥❤🙏
Comment Share
Share via: 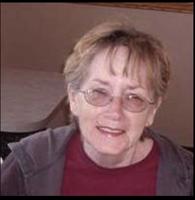