To share your memory on the wall of Larry Ross, sign in using one of the following options:

Robert Larry Ross was born in Des Moines, Iowa on April 23, 1952 to Robert Lowry and Lillian Mayer Ross. He graduated with the WCHS Class of 1970, attended Iowa Central Community College for 2 years and Wayne State College in Wayne, NE, graduating in the spring of 1975. After graduation he returned to Webster City to join his father in the family business, Ross Tavern, purchasing it from his father in 1978.

In August of 1979 he married Kay (Foster). In November 1979 he purchased the old Brin’s Furniture warehouse building on Seneca Street with his partner, George Rasmussen. They opened the Seneca Street Saloon the following February 2nd. Larry purchased the business from George in January 1990 and eventually expanded into the old K & M Laundry building in October 1985. He continued to run the business until his passing.

Larry was very involved in golf all of his adult life, both with Iowa Golf Association sanctioned events, and non-sanctioned events, finishing in the top ten in state events many times over the years, and making many friends along the way. He was active with junior golf programs in Webster City, as well as helping the girls and boys high school golf teams. Larry liked to think that he helped the girls team with a first-place finish at the state tournament (winning all three classes) in 2000, and second place finishes in 1999 and 2001. Both of his daughters were on those teams. His son was also on the boy’s state golf team in 2003. He hoped to be able to work with his grandchildren, as well. When the weather cooperated, he could usually be found on the golf range or on the course at the Webster City Links before he opened the Saloon for the day to watch Jeopardy with the guys. Larry also enjoyed playing with his grandsons, chasing geese and looking for deer riding on the golf cart.

The bar business was very good to him over the years, but also hard on the back and knees. He met some very interesting people, and made friendships and memories that are irreplaceable.

He was preceded in death by his parents and sister, Linda Winifred in infancy.

To send flowers to the family or plant a tree in memory of Larry Ross, please visit our Heartfelt Sympathies Store.

Receive notifications about information and event scheduling for Larry

We encourage you to share your most beloved memories of Larry here, so that the family and other loved ones can always see it. You can upload cherished photographs, or share your favorite stories, and can even comment on those shared by others.

Noel Knock and Family; Nick Treibel and Family, Janet & Bill Topper and family, and other have sent flowers to the family of Larry Ross.
Show you care by sending flowers 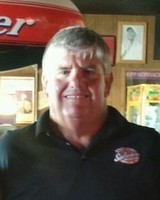 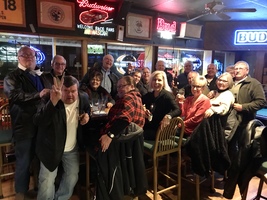