To share your memory on the wall of Ken Bever, sign in using one of the following options:

To send flowers to the family or plant a tree in memory of Ken Bever, please visit our Heartfelt Sympathies Store.

Receive notifications about information and event scheduling for Ken

There are no events scheduled. You can still show your support by sending flowers directly to the family, or planting a memorial tree in memory of Ken Bever.
Visit the Heartfelt Sympathies Store

We encourage you to share your most beloved memories of Ken here, so that the family and other loved ones can always see it. You can upload cherished photographs, or share your favorite stories, and can even comment on those shared by others.

Posted May 24, 2020 at 08:20pm
Wishing you peace to bring comfort, courage to face the days ahead and loving memories to forever hold in your hearts.

Posted May 21, 2020 at 10:43pm
I am so sorry for your loss. Ken was a wonderful friend! I know Kermit enjoyed spending time with him as have I. He will be greatly missed. Prayers for you, Rusty, and your family. Please let me know if there is anything I can do. Love, Colleen
Comment Share
Share via:
MS

Posted May 21, 2020 at 09:34pm
We share fond memories of Ken. The many conversations at the Co-op and sharing space and gardening chat at the Farmer's Mkt. Our heartfelt sympathy. Paul & Mary Sealine
Comment Share
Share via:
MS

Posted May 21, 2020 at 09:01pm
Rusty and family......I am so sorry for your pain. Cherish the happy memories for they will bring you peace and sustain you. Ken made a difference in the world. Even though I have been gone many years from Webster City, I can still remember his smile and his kindness. 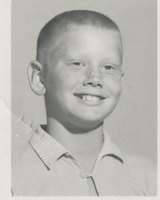 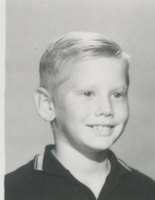 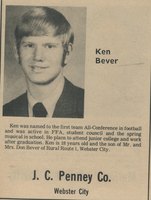