To share your memory on the wall of Harold Heeren, sign in using one of the following options:

To send flowers to the family or plant a tree in memory of Harold Heeren, please visit our Heartfelt Sympathies Store.

Receive notifications about information and event scheduling for Harold

We encourage you to share your most beloved memories of Harold here, so that the family and other loved ones can always see it. You can upload cherished photographs, or share your favorite stories, and can even comment on those shared by others.

Posted Nov 23, 2020 at 10:55pm
I am so sorry to hear of Harold's Passing, prayers to the family in this trying times. I will be unable to be at the Funeras as this Cova 19 virus is spreading so rapidly. My last chance. to visit with Harold was at the Hamilton County Fair several years ago and down in the Rio Grande Valley of Texas where we were both wintering. May God Bless your Family and Cherish the Good Memories you have of his life. Floyd Burton

Posted Nov 22, 2020 at 06:48pm
We have many good memories of Harold shared thru Hitchin To Go Drivin Club. Harold and Sharon were always with our club activities. Sending our sympathy and cherish all the good memories. RIP Harold ...... 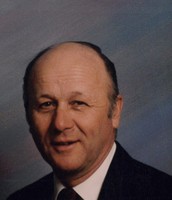