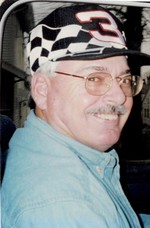 Harold Elliott Jr., 74 of Webster City died Friday, August 7, 2020 at Van Diest Medical Center. Funeral services will be held at 11:00 a.m. Wednesday, August 12, 2020 at Trinity Lutheran Church with Pastor Gina Sterk officiating. Visitation will be Tuesday evening from 5:00 p.m. to 7:00 p.m. at Foster Funeral & Cremation Center. Due to the pandemic, face masks are preferred. Burial will be at a later date at Graceland Cemetery.

Harold Theodore Elliott Jr., son of Harold and Martha Ford Elliott, was born January 9, 1946 in Lehigh, IA. He completed his schooling though the 9th grade at Webster City Schools, when he then went to work for Huisinga and Peterson Contractors. He began as a painter and worked his way to cement work and heavy equipment operator. He later received his GED at ICCC. He was united in marriage to Judith Kay Adams on January 26, 1965 in Bethany, MO. To this union 4 children were born. He began at the Hamilton Co. Sanitary Landfill in 1976 as an equipment operator and later was named as manger, retiring in 2007.

He was a member of Trinity Lutheran Church and the Hamilton County Speedway Race Association where he was inducted in the Hall of Fame in 2007. Harold enjoyed watching his children and grandchildren race. He also enjoyed watching NASCAR racing and the Iowa Hawkeyes. His favorite thing to do however, was to talk with anyone he met, that way he could brag about his family to anyone that would listen. He especially loved attending and supporting all events and activities his children and grandchildren were involved in.