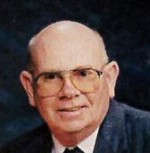 George Bettenga, 84 of Williams died Wednesday, January 1, 2020 at his home. Memorial services will be held at 11:00 a.m. Tuesday, January 7, 2020 at Missionary Alliance Church in Blairsburg. Visitation will be one hour prior to the service at the church. Foster Funeral & Cremation Center is entrusted with the services.
George Henry Bettenga, son of Harvey and Pauline Broesder Bettenga, was born December 30, 1935 in George. He graduated in 1954 from George High School and went on to attend Iowa State University. He enlisted in the United States Army in 1956 and served until 1959. On November 12, 1960 George was united in marriage to Janice Irene Doyle in Ames. The couple resided in numerous Iowa towns over the years. George managed the Pepsi franchise in Estherville before retiring to Williams.
He is survived by his wife Janice; daughter, Cindy Bettenga of San Diego, CA; son, Jeff (Lori) Bettenga of San Diego, CA; grandchildren, Capri (Nic) Duffee and Jake Bettenga; brother, Lorne Bettenga of Minneapolis, MN and many extended family.
George is preceded in death by his parents; infant son, Barry Bettenga; brother, Lester Bettenga; sisters, Rosalyn Maxwell and Georgia Mae Bettenga.
He was an active member of the Missionary Alliance Church and the Williams Lion Club.