To share your memory on the wall of E. Loyce Hopkins, sign in using one of the following options:

Provide comfort for the family by sending flowers or planting a tree in memory of E. Loyce Hopkins

Provide comfort for the family by sending flowers or planting a tree in memory of E. Loyce Hopkins

To send flowers to the family or plant a tree in memory of E. Loyce Hopkins, please visit our Heartfelt Sympathies Store.

Receive notifications about information and event scheduling for E. Loyce

There are no events scheduled. You can still show your support by sending flowers directly to the family, or planting a memorial tree in memory of E. Loyce Hopkins.
Visit the Heartfelt Sympathies Store

We encourage you to share your most beloved memories of E. Loyce here, so that the family and other loved ones can always see it. You can upload cherished photographs, or share your favorite stories, and can even comment on those shared by others.

Posted Apr 17, 2020 at 01:46am
My dear aunt Loyce now belongs to the ages. I knew her from her age of 22 as a young nurse, to her final days. Throughout her life, though our times together were infrequent, I do not know of a kinder, more gracious person in my family or among my friends. Her life can serve as a lesson to us all in how to live and how to serve. I will miss her presence in this world.
Comment Share
Share via:
SP

Posted Apr 16, 2020 at 10:14pm
Loyce was one of my co-workers several times during her years in Arkansas. I remember her fairness and kindness. She was my co-worker in 1979 when I was in a car wreck in Arkansas involving several other co-workers. She took care of the two of us who lived with serious injuries. Loyce was such a sweet light to all she was around. I love her dearly.
Susan Peter
Comment Share
Share via: 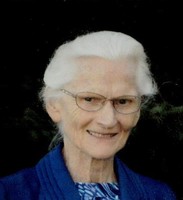