To share your memory on the wall of Doug Youngdale, sign in using one of the following options:

Douglas Arthur Youngdale, son of Kenneth and Bonnie Lambert Youngdale, was born August 14, 1952 in Fort Dodge. He graduated from Webster City High School in 1970 and furthered his education at DMACC in Ankeny. On June 10,1972 he was united in marriage to Carla Hemmen. The couple resided in Webster City where he purchased Gerber Auto from Wally Gerber. He owned and operated Gerber Auto and Snap Fitness until his retirement in 2019.
He is survived by his wife, Carla; son, Barry (Angie) Youngdale of Webster City; grandchildren, Connor, Kaitlyn, Sam, Ben, Gabe, Brooklyn and Abby; father, Kenneth (Jean) Youngdale of Webster City; brother, Randy (Reta) Youngdale of Webster City; sister, Julie (Jim) Hoag of St. Paul, MN; brother-in-law, Harley Hemmen of Cedar Falls, his fur babies, Ruby and Annie and many nieces, nephews and extended family.
Doug is preceded in death by his son, Troy Youngdale,2004; his mother, Bonnie Youngdale, 2017; and his brother, Duane Youngdale, 2015.
In lieu of flowers, memorials may be left to Meals on Wheels.
Read Less

To send flowers to the family or plant a tree in memory of Doug Youngdale, please visit our Heartfelt Sympathies Store.

We encourage you to share your most beloved memories of Doug here, so that the family and other loved ones can always see it. You can upload cherished photographs, or share your favorite stories, and can even comment on those shared by others.

Blake Hofmeister, Brett and Danielle Bohlmann and Hwy 7 Service Cent, and others have sent flowers to the family of Doug Youngdale.
Show you care by sending flowers

Posted Dec 16, 2019 at 01:27pm
So sorry for your loss. I have no words to offer that will greatly comfort you or ease your pain. But your memories will keep him in ur heart forever

Posted Dec 16, 2019 at 09:56am
With heartfelt condolences..Doug was a great friend and will be deeply missed.

Tender Tribute was purchased for the family of Doug Youngdale. Send Flowers

Posted Dec 15, 2019 at 11:43am
Such a tremendous loss. Doug took care of all our vehicles at the Daily Freeman Journal and was an asset to the Youngdale family.
Very dependable and loved by so many. Loving thoughts to family - Mike and Kit Fertig
Comment Share
Share via:
MS

Posted Dec 14, 2019 at 08:57am
Doug always greeted us with a smile when Mike or I brought something in to get fixed , he will be missed , prayers to all , Mike and Marji Smith
Comment Share
Share via:
DA

Posted Dec 14, 2019 at 08:10am
Doug was the most honest, kindest, caring business man I have ever known. Over the years he became a friend. He always went out of his way to make sure my truck was in good running order cause he knew I always traveled alone to eastern IA for my parents. He would come pick me up at lunch from work to return my truck to me when he was done with it. He would even come and pick it up from the parking lot to work on it. Just little things that always made it easier for you. His kindness and trust can never be replaced. Nor can his warm smile. I, along with so many others will miss him dearly and always think of him with a warm affection in my heart like the kindness he showed to those he became friends with over the years.
Comment Share
Share via: 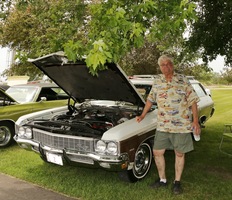