To share your memory on the wall of Donald Henry, sign in using one of the following options:

To send flowers to the family or plant a tree in memory of Donald Henry, please visit our Heartfelt Sympathies Store.

Officers, Directors and Employees of Legacy Bank., Bonnie Wright, and others have sent flowers to the family of Donald Henry.
Show you care by sending flowers

Posted Oct 21, 2019 at 04:32pm
Our deepest condolences to you Marilyn, Missy and your entire family. We are lifting you up in prayer during this difficult time.
Comment Share
Share via:
OB

Blooming Garden Basket was purchased for the family of Donald Henry. Send Flowers 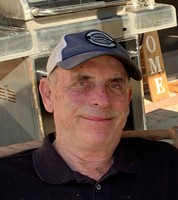