To share your memory on the wall of Daniel Nilles, sign in using one of the following options:

To send flowers to the family or plant a tree in memory of Daniel Nilles, please visit our Heartfelt Sympathies Store.

We encourage you to share your most beloved memories of Daniel here, so that the family and other loved ones can always see it. You can upload cherished photographs, or share your favorite stories, and can even comment on those shared by others.

Posted Jul 12, 2019 at 02:12pm
Nilles Family - Very sorry to hear of Dan's passing. I'm also sorry it took me so long to become aware of it. I think Dan was likely a better friend to everyone than many of them were in return. We're all thinking of you at this time. - David Gran
Comment Share
Share via:
HS

Flowers were purchased for the family of Daniel Nilles. Send Flowers

Posted Jun 18, 2019 at 12:41pm
Nilles Family - for some unknown reason today I looked up the Daily Freeman Journal online (I've never done that) and saw the news of Dan's passing. I have wonderful memories of your family from MANY years ago. Please know you are all in my thoughts and prayers. Dan was a great guy. (Debbie Boyington Ewing)
Comment Share
Share via:

Posted Jun 16, 2019 at 10:36pm
I am so sorry to hear of Dan's passing. I always thought so much of him. A great guy and friend to all.
We had some good times with our little "clan". RIP Dan, and my prayers and love to you Rita and your family! Denice Fort (Jarrell)
Comment Share
Share via: 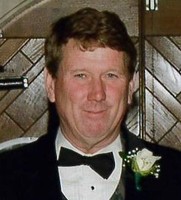