To share your memory on the wall of Chester McNelly, sign in using one of the following options:

Chet was an accomplished artist and enjoyed painting and pottery. In retirement he ran a small pottery company, Crazy Cat Pottery, and enjoyed making pottery immensely. He was also passionate about aviation, owning several planes over the years and working as a flight instructor in his last few years in Alaska. He loved the outdoors and was an avid fisherman and hunter.

He was a man of strong opinions and was sought out by friends and family for advice on many occasions. He had a great sense of humor and his laugh could fill up a room. Chet was very generous, liked to help people and never said no to a request for help from anyone. It seemed no matter what the situation, Chet had a story about a personal experience or something a friend went through that pertained to the situation, usually in a very humorous way.

Chet is survived by two sons, Trenton and Daniel; his ex-wife Janice; his sisters, Elizabeth Weieneth, Mary Burtnett, and Sarah McNelly; his brother Donald McNelly; grandchildren, Caitlin McNelly, Samantha McNelly, Darren McNelly and many cousins, nieces and nephews.
He was preceded in death by his parents, Chet and Helen and his sister, Jerre Salzer.
Memorial services will be held at Foster Funeral & Cremation Center at 1:00 p.m. on Thursday, October 10th with a visitation starting at 12:00 p.m. until the service.

In lieu of flowers please make a gift to Hamilton County Friends of Conservation.
Read Less

To send flowers to the family or plant a tree in memory of Chester McNelly, please visit our Heartfelt Sympathies Store.

Receive notifications about information and event scheduling for Chester

We encourage you to share your most beloved memories of Chester here, so that the family and other loved ones can always see it. You can upload cherished photographs, or share your favorite stories, and can even comment on those shared by others.

Posted Oct 30, 2019 at 10:47am
Chet, was one of the great people during high school. Always had a smile and said Hi to everyone. Sorry for the loss
Tom Bowman
Comment Share
Share via:
PC

Posted Oct 09, 2019 at 11:13am
I fondly remember teaching Chet instrument flying at the Webster City Airport. We spent many enjoyable hours together in the plane and at the airport. It was always a laugh a minute! He brought a spark to everything.
Comment Share
Share via:

Posted Oct 09, 2019 at 09:44am
I remember going to the McNelly house in Grand Marais as a kid and building snow forts with Dan and Trent. Mr. McNelly was really nice man. Hugs to the family, especially to Dan and Trent...Loss is heavy....💕
Comment Share
Share via:
RJ

Posted Oct 08, 2019 at 03:43pm
Chet was one of my best friends. We had great fun running with the gang while in high school in Webster City. We reconnected when I started spending my summers in Iowa in 2007. We spent many a summer evening on the porch of my childhood home, talking about anything and everything. When I returned to Hawaii, I could count on receiving an email from him every Sunday. I will miss him!! 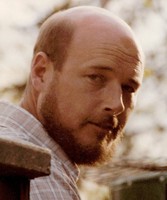