To share your memory on the wall of Cameron McCollough, sign in using one of the following options:

To send flowers to the family or plant a tree in memory of Cameron McCollough, please visit our Heartfelt Sympathies Store.

Receive notifications about information and event scheduling for Cameron

We encourage you to share your most beloved memories of Cameron here, so that the family and other loved ones can always see it. You can upload cherished photographs, or share your favorite stories, and can even comment on those shared by others.

Posted May 28, 2019 at 04:57pm
Susan, Todd, Laura Lynn, Tim, Mark and Jacqueline:
We wanted to see you at the visitation but just can't make it. Been praying for you in this time you knew was coming but is always tough when it happens. But as you well know this is not the end. Grieve now as well as dwell on all the good memories. In due time you and all of us who have their trust in Jesus Christ for forgiveness of their sin will join Cam for eternity with Christ.
We're with you in spirit.
Dave & Terry Bair
Comment Share
Share via:
NS

Posted May 27, 2019 at 02:01pm
Cam was a walking (and talking!) witness to God's grace. He touched a lot of lives through his time at FBS. You finished the race strong, Brother!

Flowers were purchased for the family of Cameron McCollough. Send Flowers 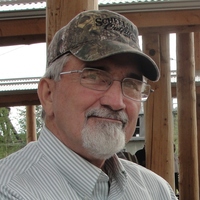